Feedback for Oral Assessments in the World Languages Classroom

Why are you giving feedback on EVERYTHING? Many of us, especially new teachers, tend to hold the unfounded belief that effective teaching means extensive feedback. Yes, feedback is powerful and beneficial for learning, but not all types of feedback are created equal. In fact, research shows that some forms of feedback have no effect or can even be detrimental for learning. In a review of 180,000 studies on various influences on student achievement, including feedback, Hattie (1999) observed that “the most effective forms of feedback provide cues or reinforcement to learners; are in the form of video-, audio-, or computer-assisted instructional feedback; and/or relate to goals.” (Hattie & Timperley, 2007: 84). 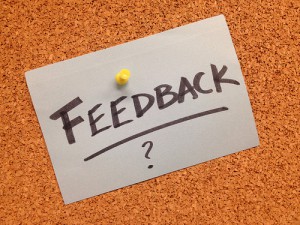 Another review of 131 studies with a total of 12,652 participants, Kluger & DeNisi (1996), found that feedback is more effective when it focuses on correct, rather than incorrect, performance, when it informs about changes from previous performance, and when it relates to specific goals. In other words, the more focused on positive evidence and the more goal-oriented our feedback is, the more impact it will have on student achievement. Spending our grading time correcting students’ grammatical mistakes and writing long narratives to cover every single aspect of a student’s performance on a task is simply a waste of our time. There are only a finite number of hours in each workday, and the time we devote to grading needs to be as effective as possible to promote student learning. If you’re one of those teachers who thinks they should comment on absolutely every mistake a student makes, it’s time to re-think your approach to feedback. Think about food: nutritious food is good, but it’s not true that the more nutritious food you intake, the better for your health. 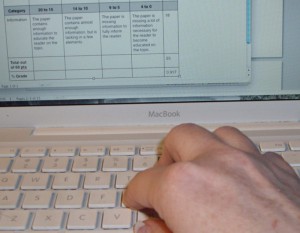 Rethinking feedback is particularly relevant when it comes to assessing speaking skills. Teachers often resist collecting evidence of their students’ oral performance for fear of having to “grade” hundreds of recordings. What they “fear” is a particular approach to providing feedback that consists of commenting on every single thing a student did wrong. My challenge for you this week: Hattie, John A. (1999). Influences on student learning (Inaugural professorial address, University of Auckland, New Zealand) Hattie, John A. & Helen Timperley (2007). The power of feedback. Review of Educational Research, 77(1), 81-112. Kluger, A. N., & DeNisi, A. (1996). The effects of feedback interventions on performance: A historical review, a meta-analysis, and a preliminary feedback intervention theory. Psychological Bulletin, 119(2), 254–284.
General
Susana Perez Castillejo
Share Post: