Taking pronunciation practice to the next level: Let’s forget about individual sounds and focus on the message

The importance of teaching learners about nuclear stress.

Traditionally, pronunciation practice has been centered on what some would typify as “articulatory gymnastics”, i.e. a drill-based approach for teaching selected L2 sounds (or segments). The use of these drill-like activities has been criticized overtly and regarded as “techniques of the past which have never yielded very good results” (Dalton & Seidlhofer, 1994: 132). Yet, speech therapists consider articulatory gymnastics (i.e., a set of exercises aimed at developing and strengthening the organs of the speech apparatus) has proven to be useful when it comes to adjusting the organs of speech to the L2 settings, especially if done as soon as deviant phonological forms are spotted. However, sounds are not just the only point to cover if we want the learner to achieve intelligible pronunciation standards. Nowadays, researchers have been debating about two opposing principles to adhere to in pronunciation lessons: the nativeness principle and the intelligibility principle, the former lays emphasis on the interlocutors’ ability to communicate effectively, i.e., without communication breakdowns, while retaining degrees of accentedness. The latter, on the other hand, strictly relies on the need to encourage the development of a native-like accent and thus condemns any trace of the speaker’s L1. It is this second principle that, in general, underlie the traditional methodologies in Phonetics and Phonology lessons. Jennifer Jenkins (2000) asserts that, when teaching pronunciation, we need to lay singular emphasis on the intelligibility principle, especially on account of the fact that we are living in a globalized world. According to this author, if intelligibility is defined as the ability to be make yourself understood when interacting with other interlocutors without having to develop a native-like accent and if this interaction takes place between a native and a non-native speaker of the L2, then we should be working on other phonological aspects than just sounds in isolation. In this way, Jenkins’ approach appeals to the sociolinguistic concept of “accommodation”, which in turn fosters two key aspects of intercultural communication: tolerance and respect for non-native accents, which are thought to be fundamental values for interconnected societies. To this end, Jenkins states the instructor needs to focus his attention on the following phonological aspects: In this blog post, we propose that instructors start focusing on nuclear stress (also sentence stress) and, in particular, contrastive stress. Nuclear stress is defined as “the main stress appearing within a single phrase [or tone unit], the stress that distinguishes a black bird from a blackbird, and that occurs on the pronouns in John called Mary a Conservative, and then she insulted him. (Trask, 1996: 243). Contrastive stress (also emphatic stress), on the other hand, is “Stress which is placed in some element of the utterance in order to contrast it to some other element, either in the utterance or in the context: I said ACcept, not EXcept.” (Trask, 1996: 93). Focusing our pronunciation lessons on items other than sounds means that we are somehow moving away from traditional approaches, which have mechanic discrete point exercises, to engage the learner in lessons that involve a communicative—and more realistic—element. Therefore, the learner will be immersed in a multi-skill classroom, which incorporates the pronunciation component and sees it as one more skill to be developed rather than as an isolated item to be dealt with if time allows. Of course, this shift in paradigms calls for a change in teaching styles and mindset. But it is totally worth it.

Here’s a set of activities to help students be aware of nuclear and contrastive stress and how they contribute to meaning while practicing bottom-up reading comprehension, orthoepic competence and unrehearsed speaking.

The activities are part of a communicative syllabus that combines different accuracy and fluency aspects of the target language and include peer-to-peer and self-assessment stages as well. They are ideal for advanced students of general English and Phonetics and Phonology lessons included in teacher training and translation and interpreting.

Review what the concepts of nuclear and contrastive stress are. This could be done by having students fill in blanks in a paragraph with key words (key words in bold). Explain/Review the conceptual meaning of the following key words.

Complete the following text with the words we have just worked with. (Text can be projected or printed.)

English words are made up of 1. syllables. Some of these syllables are 2. stressed. For example, the word holiday has three syllables (ho . li . day). Yet, only the syllable ‘ho’ is stressed. To produce a stressed syllable, the speaker needs to make it 3. prominent by using muscular 4. energy. In this way, a speaker makes the such syllable louder, higher, and longer. And yet there is another element: 5. pitch. Roach (2013) says that this is an auditory sensation. A high-pitched syllable will be heard as stressed while the rest will be heard as unstressed. Just like in grammar, a paragraph is divided into clauses, in pronunciation discourse is divided into 6. units. In each of these units, called tone units, there is a syllable/word in which a 7. movement of pitch (i.e., the pitch rises or falls) occurs and creates significant 8. tones. Those syllables in which tones occur are said to carry nuclear stress, in other words, the major pitch movement in the tone unit, or 9. nucleus, which centers the listener’s attention around it. In English the nucleus is usually found in the last word in an utterance. But nuclear stress is not the only concept that matters when it comes to drawing an interlocutor’s attention to a given word. When the stress is placed on a word contrary to its normal accentuation (in order help the listener focus their attention on new information), there is 10. contrastive stress. 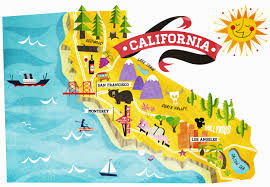 (Text can be uploaded to Extempore as an image, projected on screen or printed.)

Extempore activity: To be done in groups using Rooms

For more great ideas, check out our 29 Speaking Activities eBook! They're designed to be used for all languages and can be modified for both assessments and practice!

This is post was created by Cristina Chiusano. Dr. Chiusano is a Department chair at Universiad de Montevideo, Uruguay, an EFL instructor at the Teacher Training Program and Translation Degrees, Unversidad de Montevideo, and a Spanish teacher of online courses at Abiline Chirsitian University. She has a MA in TEFL and Spanish as a Foreign Language as well as a PhD(c) in Linguistics.
General
Thomas Murr
Share Post: